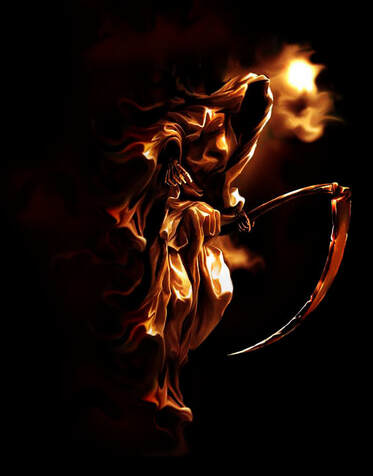 When we enter spiritual warfare against witchcraft manipulations, you are dealing with multidimensional forces. This means, we are not dealing with a stand-alone entity, but a network of demonically charged energy which passes through a “Demonic Chain of Command”.
This Chain of Command starts from the Queen of Heaven, passes down to her 12 Fallen Princes of Darkness, then to the Captain Demons, then to their subjects, and the subjects of their subjects. This link connects the heaven realm of darkness to the earthly dimensions. Hence is the term, “As above so Below”
I never knew about Demonic Chain of Command until when the Lord mentioned it to me.
Then years later, I am reading about it in books.

Each Chain of Command is activated by a different level of demonic sacrifice and the demons within the Chain of Command are deployed into action when Satanic Covenants or Vows are proclaimed into the atmosphere.

We must know that there are Doors to the Shadows of Death [Job 38:17]; there are also Gates of Death itself [Psalms 107:18]; and there are Gates of Hell according to Matthew 16:18.
The term “HELL” means the “General vastness of the empire of the Kingdom of Darkness; the general World of Darkness containing all four Realms of spiritual imprisonment”.

READ ALSO  DIVINE UNDERSTANDING OF FASTING; HOW TO FAST WITH WISDOM
Powered by Inline Related Posts

The Darkness of Death and its shadow is darker than blackness itself, a place where light cannot dwell, for even light itself becomes darkness in this realm – Job 10:22, “A land of darkness, as darkness itself; and of the shadow of death, without any order, and where the light is as darkness”.
The Shadows of Death can only be destroyed by “light”, the Light of God or the Light of the Pillar of Fire.

The people who are being afflicted by the dark shadows will only have a chance when light comes – Isaiah 9:2, “The people that walked in darkness have seen a great light: they that dwell in the land of the shadow of death, upon them hath the light shined.”

Who will go to hell?

People who are under the oppression of the Shadow of Death will always be afflicted.
Also, they are bound with iron chains and with the spirit of infirmity – Psalm 107:10, “Such as sit in darkness and in the shadow of death, being bound in affliction and iron;”.

​SECRET THINGS THAT CAST A SHADOW OF DEATH UPON A PERSON

HOW TO KNOW IF YOUR HOME IS CURSED
HOLINESS IS A MUST!
DECLARING WAR AGAINST ​THE SATANIC Picture
EXPLANATIONS OF MINISTERIAL GIFTS ​AND OFFICES
EXPOSING VARIOUS SATANIC WEAPONS & SCHEMES USED AGAINST CHRISTIANS.
DEMON HUNTERS OF THE 2ND HEAVEN
RECORDED MIRACLES  IN THE OLD ​AND NEW TESTAMENT
DIFFERENCE BETWEEN UNKNOWN AND OTHER TONGUES
PRAYER AGAINST DEMONS OF FEAR
CHARGING PRAYER AGAINST SATANIC FORCES ON PROPERTY
THE GLORY OF GOD - ​MYSTERIES OF THE KABHODH GLORY
HOW ​DEMONS STEAL & REPLACES OUR MASTER-PLAN ( STAR ) BEFORE BIRTH
9 PRINCIPALITIES OF DARKNESS
MYSTERY OF THE FRUIT OF ​GARDEN OF EDEN
REVELATIONS OF SPIRITUAL GATES AND SATANIC ​MANIPULATIONS
REVOLTING AGAINST EVIL FORCES IN YOUR LIFE
TRUE NAME OF THE GOD OF ISRAEL
STRATEGY OF DANCING IN WARFARE
THE 6 REALMS OF THE SECOND HEAVEN
MYSTERY OF THE FLAME & ELECTRICAL DISCHARGE OF SAINTS
MYSTERY BEHIND PRAYING IN TONGUES & PRAYING IN THE SPIRIT
YOUR NAME CAN PREVENT YOU FROM ENTERING HEAVEN
PRAYER AGAINST CURSES AND MAGIC SPELLS
REVELATIONS OF HEAVEN UNDERSTANDING TRUTH
Post Views: 37 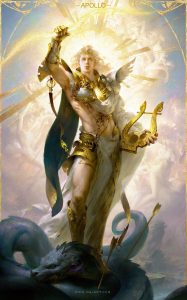